Note: Above installations illustrated with poly holddowns. However, some budget buyers simply unroll liner over limed manger floor; allowing curved, outside surface of roll to face up toward ceiling. They report that after several days, the weight of the feed sitting on top of the curved-liner surface, plus the pressure of the cows pushing down on liner as they eat, plus the suction created between the limed floor and the underside of the liner, will level liner so its flat. They also note that the edges of the liner bite into the cement, preventing feed from creeping under the liner. 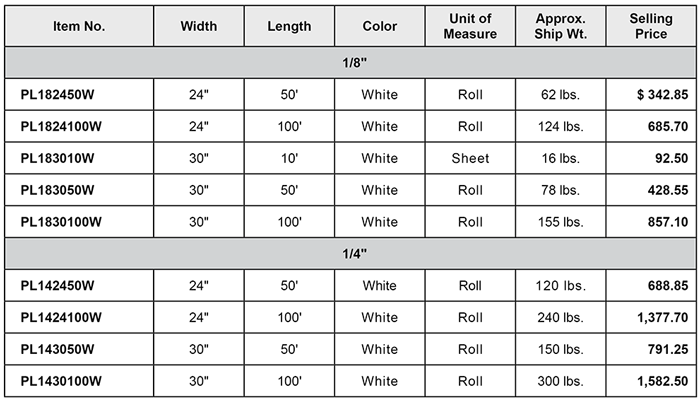